He returned to Maui as an orthopedist and had the experience of helping a diverse patient population with varying orthopedic needs. Since then, Dr. Cabalo has returned to his passion for specialization in spine surgery and trauma. He enjoys the art and skill that goes into fixing the human body. Regarding his work, Dr. Cabalo says, "It has been so fulfilling to know that I may have helped improve the quality of one's life."

Dr. Cabalo has contributed to publications and presented his research at meetings for leaders in the field of spine surgery and research. He maintains an active membership with the American Academy of Orthopedic Surgeons.

Rehabilitation for the Postsurgical Orthopedic Patient 2010 - 2011

A Prospective Study of a Unique Titanium Interbody Fusion Implant; Clinical and Radiographic Outcomes at 1 and 2 Year Follow up. 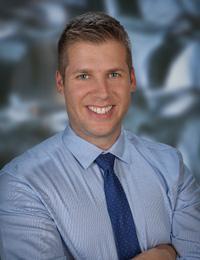