Dr. Owens graduated from Virginia Tech with a degree in mechanical engineering and served eight years as an officer in the US Air Force. He then attended medical school and completed an orthopedic surgical residency at the University of Cincinnati in Ohio. He received subspecialty training in foot and ankle surgery under Dr. Steven Conti in Pittsburgh, Pennsylvania. Dr. Owens has published numerous research articles on innovative treatments and methodologies in his field.

While visiting Oregon during a job search, Dr. Owens and his family fell in love with the Rogue Valley and decided to relocate from the Midwest. He was interested in small-town life, outdoor activities, and the opportunity to practice big-city medicine without the drawbacks of city life. Southern Oregon Orthopedics & Paragon Orthopedic Center, with its sub-specialty focus, offers him this unique opportunity.

In addition to his clinical practice, Dr. Owens enjoys running, golf, wine-tasting, and family life. He is active in his church and enjoys twice-yearly medical mission trips to Honduras as well as a yearly shoe ministry at Medford Gospel Mission. 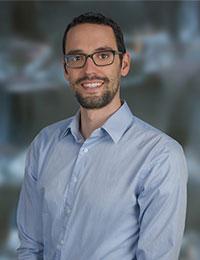